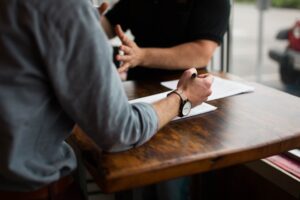 Although the CEO of a very successful company that had numerous years of experience as a tenant and had personally negotiating many leases, he engaged me for help in reviewing a complex triple net lease with a sophisticated landlord. I advised him of many pitfalls and areas of significant risk in the existing lease and developed specific recommendations that should be considered in a renewal strategy. Given the CEO’s real estate broker was a long-time family friend, the CEO decided to keep working with me a secret. He was very satisfied with my approach and recommendations and happy that my involvement did not get in the way of his existing relationships. 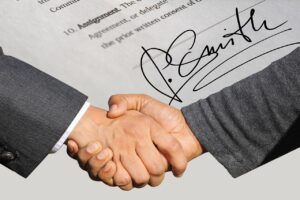 Strategy – Should we Sublease? Assignment? Have a Bake Sale?

I had the opportunity to advise a not-for-profit organization on their planned assumption of a multi-year triple net lease. A member of their board of directors asked me to research comparable rental rates in the area and bring the results to an upcoming board meeting. I agreed but also asked that someone bring historical financial reports to the meeting. After reviewing the organization’s financials, it was clear to me that they would struggle to pay the current rental payment even under the best-case revenue forecast. In fact, they would need to have bake sales and secure additional donations in order to pay the rent. We never got to to a discussion of marker rents because they could not afford to pay anything close to market rental rates. I brought up the concept of subleasing the property instead of taking an assignment of the existing lease. That allowed my client to negotiate a fixed rental rate that was much lower than the original tenant was required to pay (and the original tenant as sublessor was obligated to pay the difference). This not only reduced my client’s monthly rental obligation, but also eliminated any surprise rent bills when the landlord reconciles the triple net expenses at the end of each year.

A client reached out to me for advice when their existing sublease in a shopping center was scheduled to expire. Given the sublease rental rate was significantly less than the amount the original tenant (sublandlord) had been paying to the landlord, the landlord wanted my client to pay the “full” rent the sublandlord had been paying (plus an increase) in order to extend their occupancy in the shopping center. Unfortunately, the landlord was playing hard ball and insisted that my client would need to significantly increase the amount they were willing to pay or make plans to vacate the building at expiration of the existing lease. My client began their search for a new space, and at the last minute the landlord reached out to me to see if there was any chance my client would be willing to stay. Based upon my recommended strategy, my client was able to avoid moving and secured an extension of the lease that allowed either party to terminate the lease with sixty (60) days’ notice. That way landlord could terminate the lease if they found their “dream tenant” willing to pay more rent, and tenant could terminate if their revenue outlook changed or they found a better space. In exchange for the short-term deal, the landlord was willing to accept a rental rate at HALF of what my client was paying as a subtenant. Apparently, landlord has still not found their dream tenant since my client is still in the space. This “short-term” arrangement has been working for both parties for over five (5) years!

Page load link
Thanks for subscribing!
Go to Top